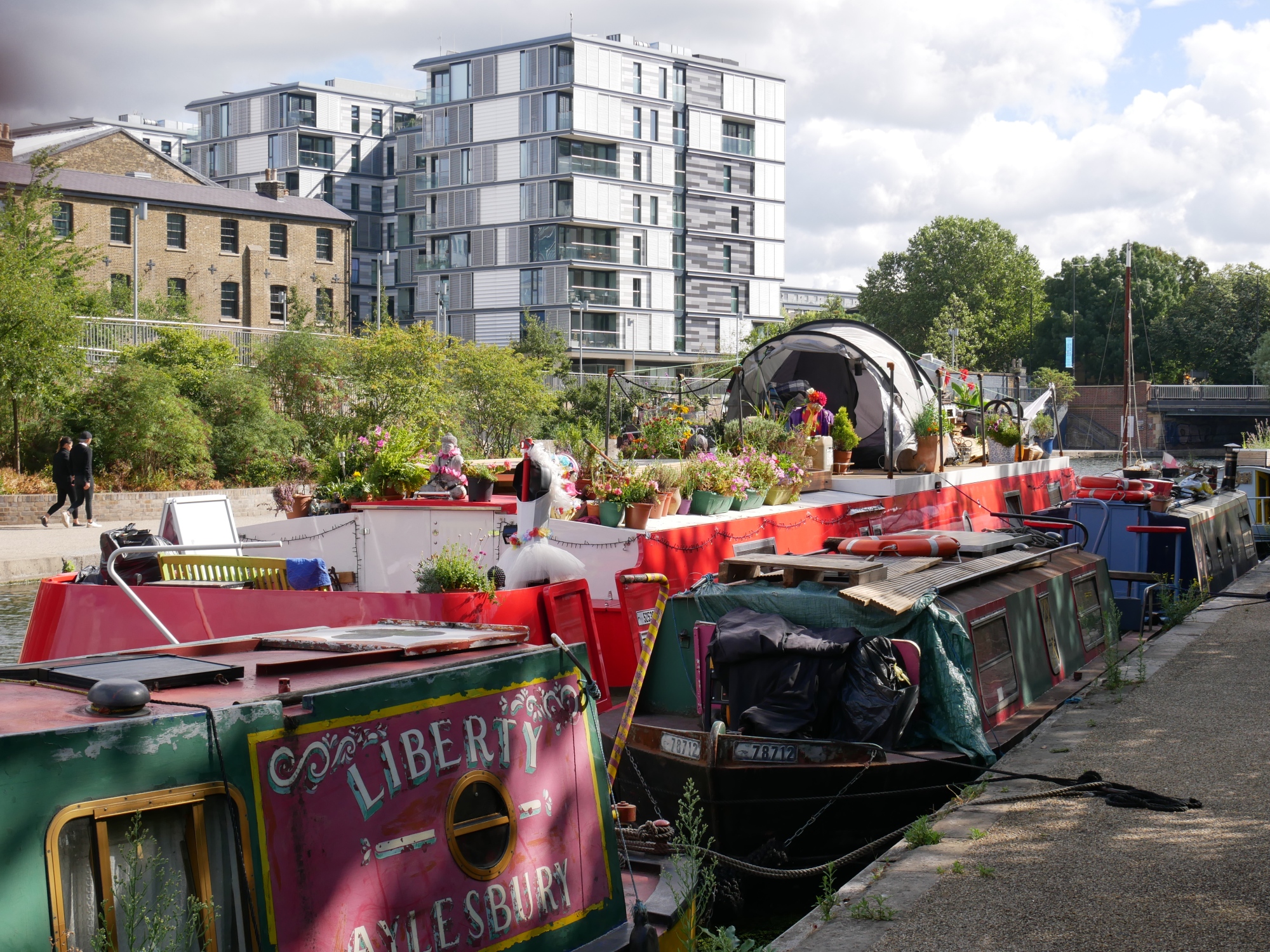 A couple days after the wedding we travelled down to London for a mini moon (our honeymoon isn’t until March 2019). We stayed at the Premier Inn right next to King’s Cross Station, which was perfect for what we had planned for our few days in London. 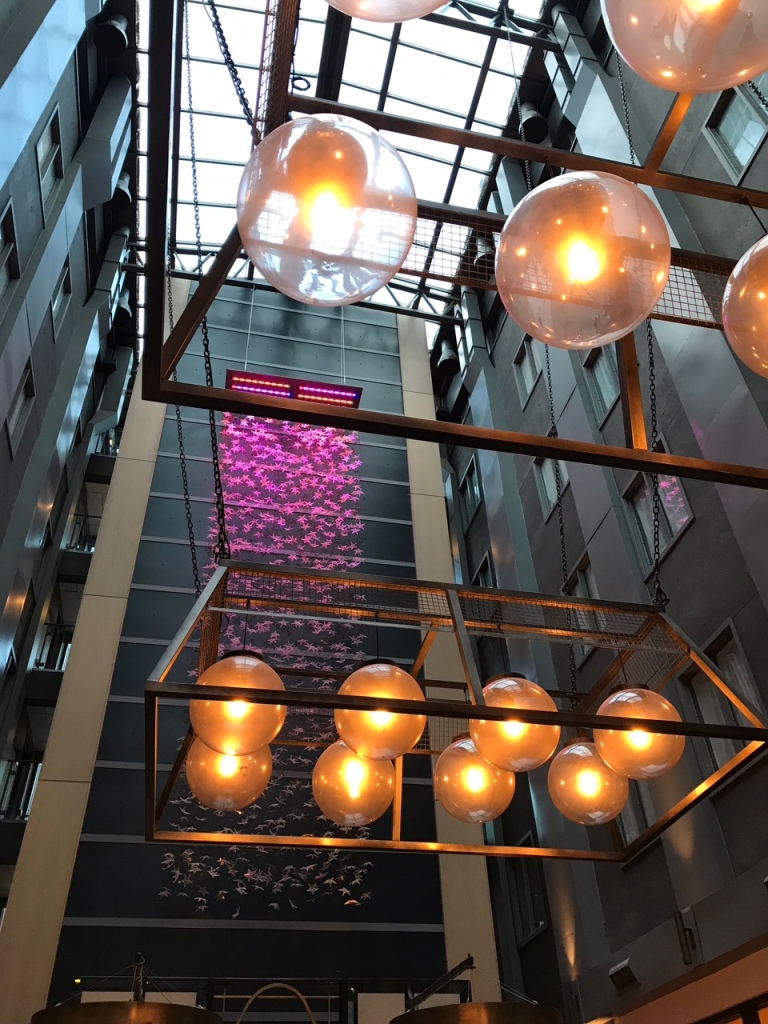 The main reason we went to London was so we could go to the Warner Bros Harry Potter Studios Tour, which I’ll put in a separate post because there’s a lot of photos!

We got to London early afternoon Wednesday 8th August, we went to the hotel and got ourselves sorted then headed straight back out. We headed to Oxford Street so we could buy our new camera and we had a little wander around the shops.

We found ourself in search of a Zizzi’s for tea, as my sister had given us a voucher as a wedding present. We ended up at the Zizzi near Tottenham Court Road. 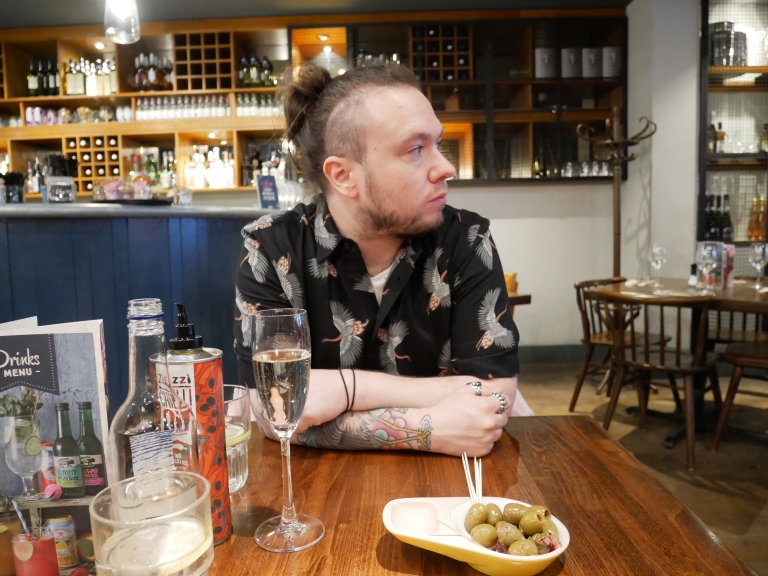 After a lovely meal (and a couple glasses of prosecco!) we decided to walk back to our hotel, past some gardens and some pretty impressive houses. 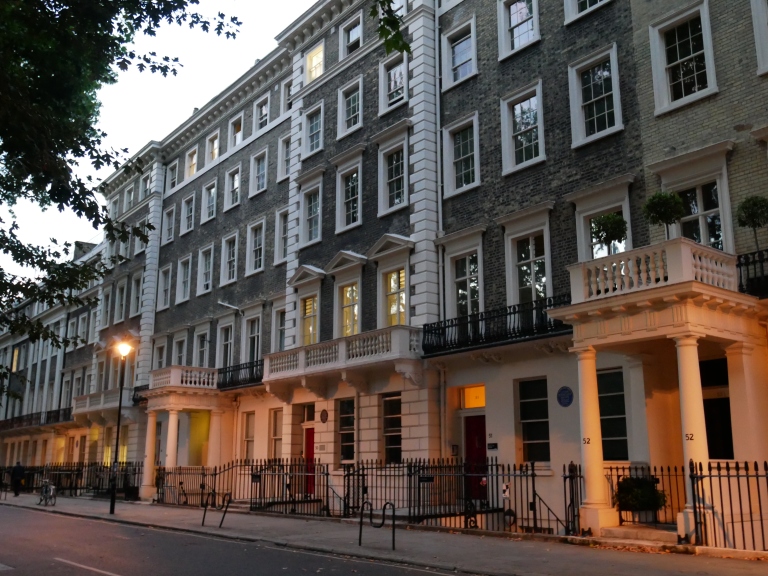 We were in desperate need of a chilled out few days after a few weeks of wedding related craziness so we decided that we weren’t going to plan too much into this trip to London. We headed back to the hotel and stopped off at the hotel bar for a few drinks and Joey found a game to keep himself entertained. 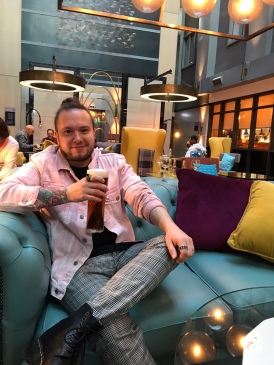 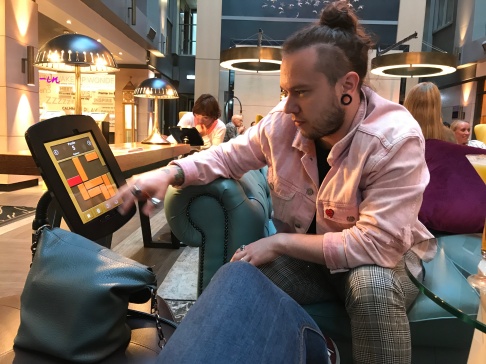 On Thursday we were up early to go to the Harry Potter Studios tour (see separate post).

Friday we had a lovely walk along the canal to Camden, the weather was perfect (unfortunately this weather didn’t continue!) 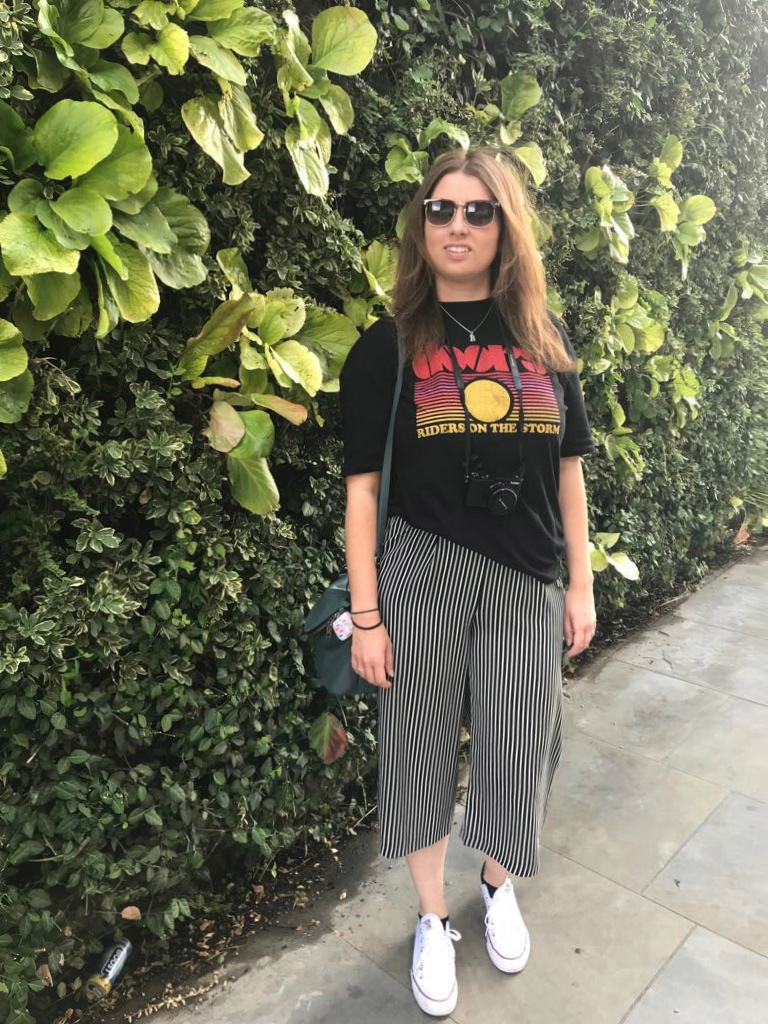 I love seeing all the canal boats and the weird and wonderful things on them, some of my favourites included a BBQ stuck to the top, a rock garden and a pirate flag. 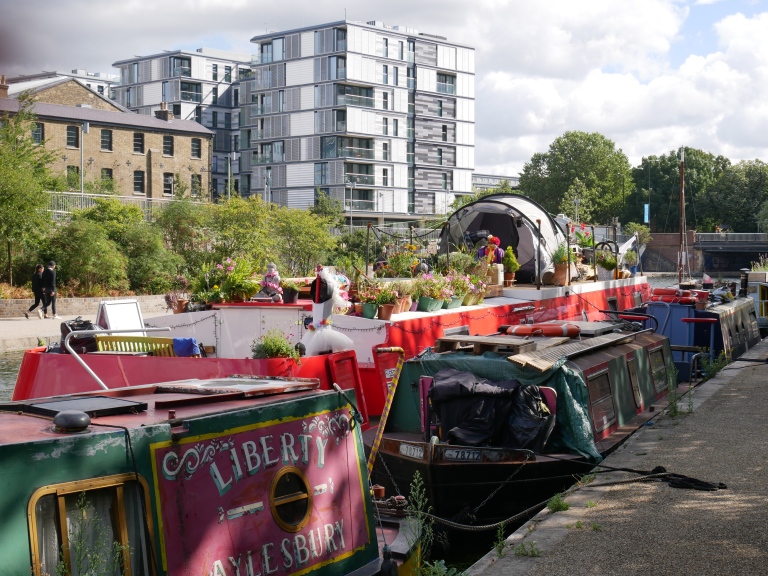 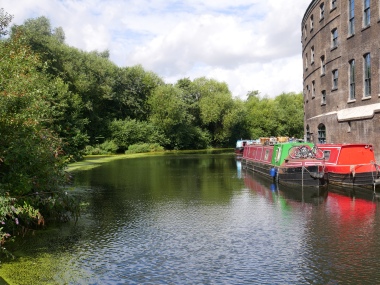 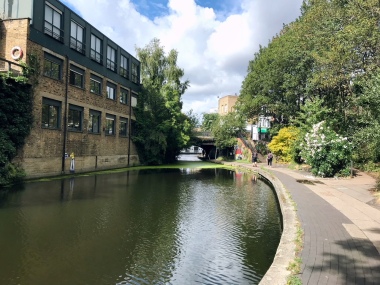 When we got to Camden we had a look around the markets (Camden is not what it used to be!) and went to one of our favourite places, Cereal Killer Cafe. This place is incredible! It’s like walking into my childhood, they have beds with retro duvet covers on as seats, the artwork is made from the freebies you used to get in cereal boxes and the table numbers are old VHS tapes. We both had a “cereal cocktail” made up of different cereals and flavoured milk, I’m someone who could eat cereal for every meal so this is my idea of heaven! 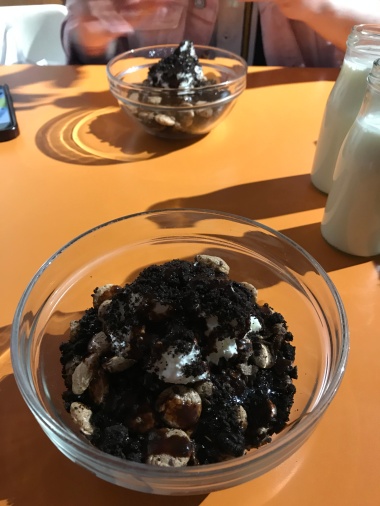 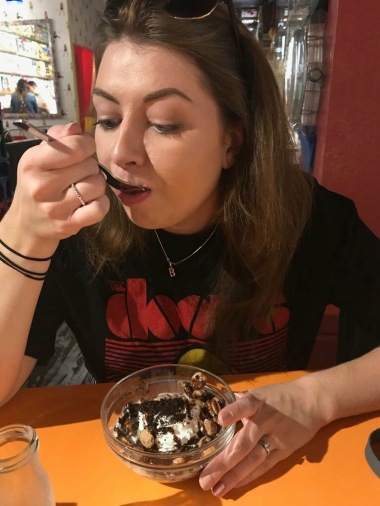 During our time in Cereal Killer Cafe the heavens had opened so we made our way to the tube station. It dried up a little so we went to Covent Garden in search of pizza for lunch. We found a little place down a side street and got a pizza slice each (it was half a pizza each!) We sat on a little bench behind the Savoy (classy!) 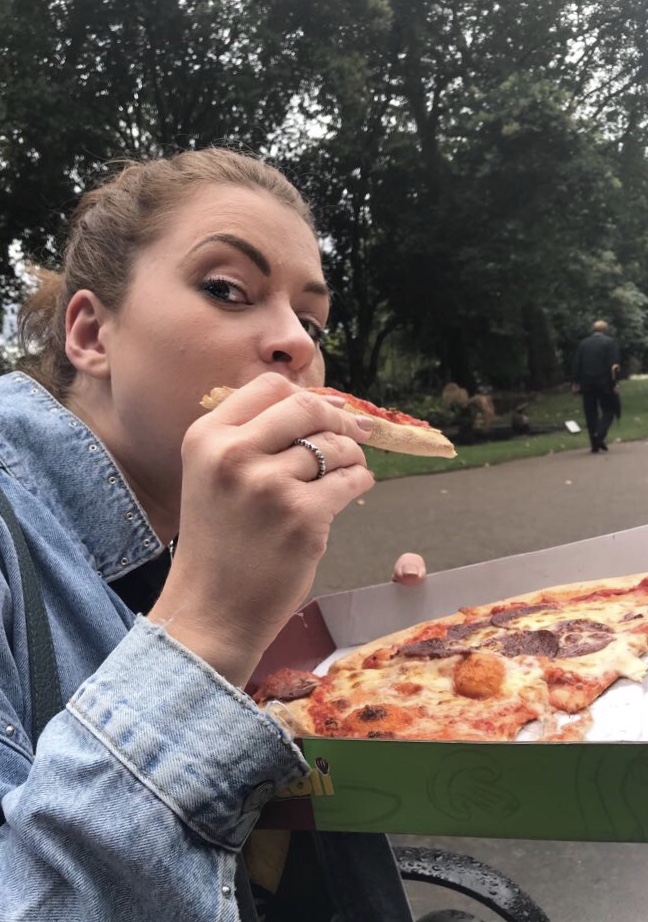 Once the pizza had been demolished we had a walk over to the Sea Life Centre. We were stood in the queue when the clouds decided it was a good time to unleash one of the biggest downpours I’ve ever seen. The raindrops actually hurt! Thankfully the line moved quite quickly and we were inside pretty soon, matching the fish in levels of how much water we were covered in. 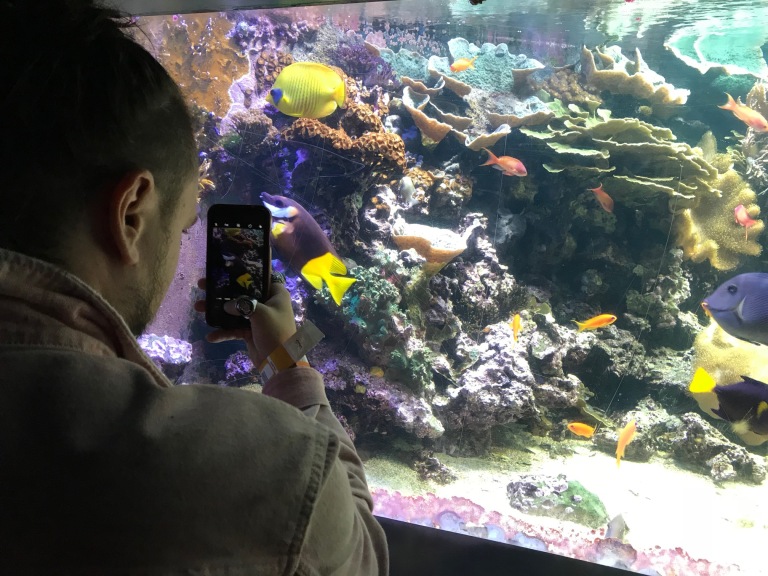 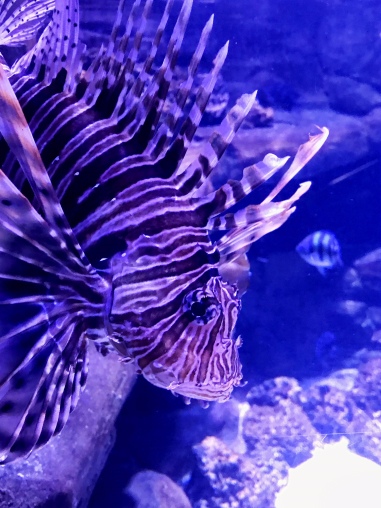 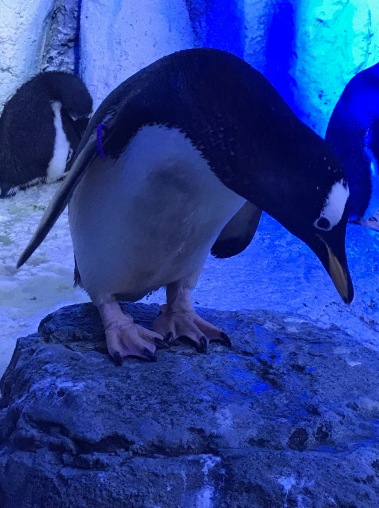 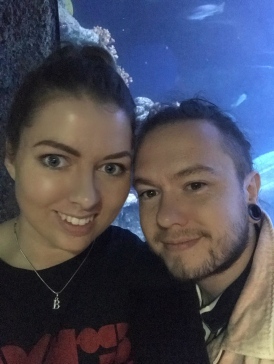 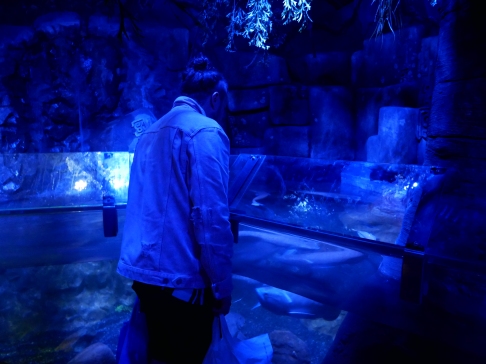 On Saturday, we went for a walk around before we had to get the train home. We ended up on Carnaby Street and wandered around the surrounding streets for a couple of hours, people watching and enjoying the sunshine. 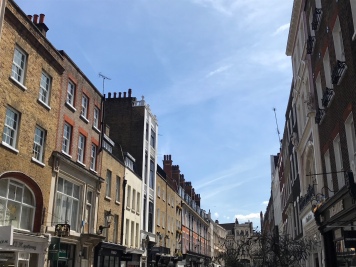 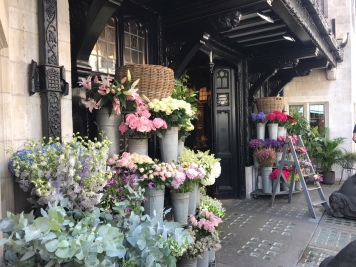 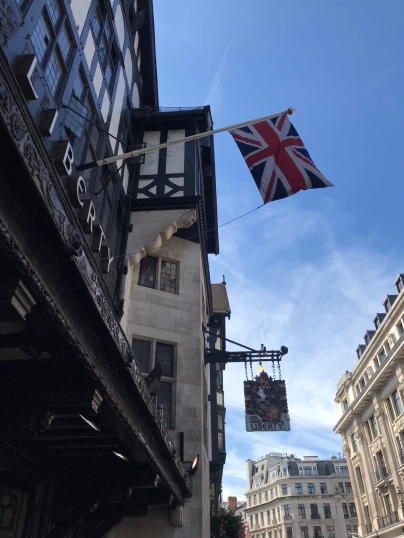 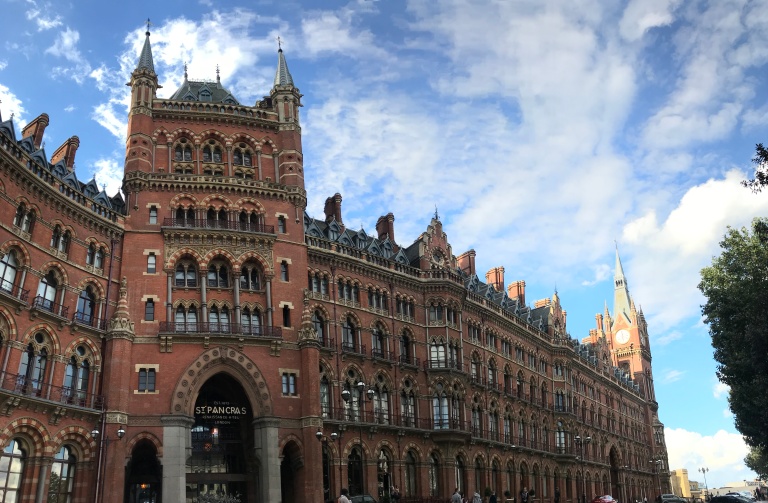 After a walk back to our hotel it was time to leave, the 4 days went by so quickly but it was a much needed break away together.

Now the countdown to our Florida honeymoon begins!

One thought on “London Mini-moon”